Monuments and places of interest in Umbria Janus 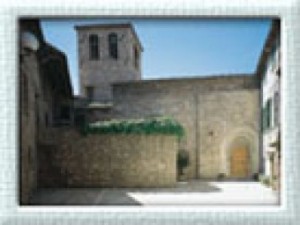 Janus is not far from the `Abbey of San Felice masterpiece of Romanesque art.
The church is a typical example of the mingling of the Umbrian and Lombard Romanesque architecture and its origins date back to the sixth century.
`The facility has three naves separated by columns of blocks, with a raised presbytery with three apses, the latter model Lombardy, Lombard as the reason for the barrel vault of the nave, rare in Umbria.
The cloister and the buildings were built and completed at a later time, the second half of the sixteenth century to the eighteenth century.
The facade has been expanded and raised in the sixteenth century, giving the structure `s current appearance gabled. Above the portal to three collections, From the carved lintel, opens the elegant three-mullioned window that shines its light Indoors, three naves with barrel vault, interspersed by columns of blocks that form seven bays.
A modern travertine steep staircase leading to the chancel and three apses with bowl circolare.La crypt dates from the same period of the church and the ark, which preserves relics of the saint costudisce. The cloister, rectangular, has the arches supported by sturdy pillars, on which are painted busts of saints and blessed. The frescoes on the walls depict the life stories of San Felice.
Montecchio is instead a fortified castle in the tenth century and became the property of the Lords of Janus in the twelfth century. The building had lost none of the original city walls and the square overlooked by the small Palace of the Community and the left side of the Church of St. Bartholomew.
The Church of St. Michael the Archangel è stata continuamente manomessa , but inside you can still see traces of frescoes and precious wooden crucifix of the sixteenth century.
The Church of St. Francis erected in the fourteenth century has interesting frescoes of the painter Foligno John of the sixteenth century Corraduccio.

The Abbey of San Felice is accessible thanks to the platform entrance; the Church of St. Francis has a ramp with a slope greater than 8% and a high step, Therefore we recommend the presence of a companion. No data were received on the degree of accessibility of other structures. It is advisable to telephone the IAT. of Spoleto to 0743 220311. 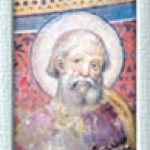 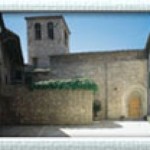 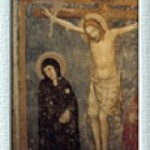 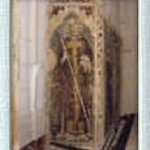