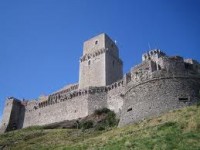 The Rocca Maggiore, placed at the top of Mount Subasio, stands in a place considered, sina centuries from remote, sacred and vital to the defense of the ancient city. Although there are certain facts, it is assumed that the site had previously hosted an Umbrian or Etruscan stronghold. The first historic citadel fortified over the years we have 1173-1174 when you lived Christian, Archbishop of Mainz, who occupied Assisi on behalf of Frederick Barbarossa. in 1198 was destroyed by a popular uprising after which, According to tradition, citizenship drove the Duke of Spoleto Conrad of Ursilengen and the little Federico II, just four years. The castle remained in a state of neglect until the 1362 when Cardinal Albornoz risostruirla decided on the basis of the ancient Germanic fortification.
The Rocca Maggiore looks, imposing and austere, below the old town, the narrow gorge cut by the river Tesco and most of the Umbrian valley, of Perugia Spoleto: visit the facility therefore offers the opportunity of observing a significant example of fourteenth-century military architecture well preserved, enjoying a panoramic view of the most picturesque dell `Umbria.
For info: 075 8155234

The monument has flights of stairs at the entrance and within, is therefore not accessible to visitors, however. 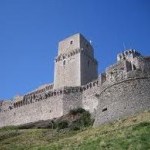 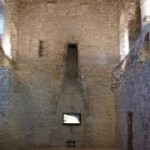 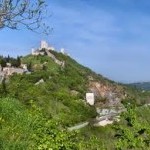 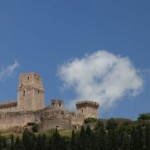