Monuments, of worship and places of interest

On the main square, around the statue dedicated to the patron saint (commissioned to Francesco Prinzi at the fourteenth anniversary of the birth of the Holy) overlook in un`affascinante and mystical frame the most important and ancient buildings of the city of Norcia.

The Castellina, residence of the prefect of the Mountain, built and designed by Vignola in the sec. XVI, now houses the Diocesan Museum and the collection and Massenzi, accessible to disabled people thanks to a lift. It has an accessible toilet.

Basilica of St. Benedict, built on Roman ruins of the first century, with Gothic façade of the fourteenth century in whose crypt are the remains of an ancient Roman building tradition identified with the house of his father's twin Saints Benedict and Scholastica. The Basilica is accessible by ramp.

Church of Santa Maria Silvermist, Indoors is kept to the `detached fresco “Madonna and Child”, “San Benedetto” and “St. Scholastica”, production of the workshop Sparapane (1528). `Fresco is linked to the history of some miracles. The Church is accessible by ramp.

The Workshops Norcineria offer quality products typical of the mountain; Black truffles from ham, the cheese with lentils, spelled by sausages, a gastronomic tour of the city offers its precious and tasty delights. We recommend `s guide to access shops and overcome any steps.

Images from the corporate website www.regioneumbria.it Photo of Michael Tortoioli

The data are shown on the accessibility of facilities within the same description of. 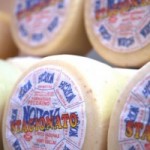 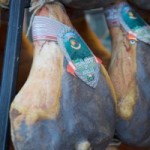 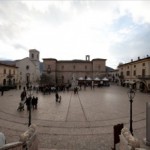