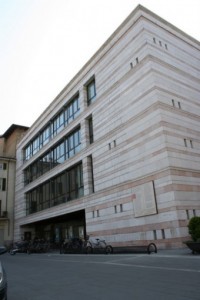 Disabled people arriving by car can park, if they have permission, Square in front of the Library; the entrance can be reached without difficulty. Plans to the public are the first two, ie the ground floor, where is located the reception, and first floor, where there is the reading room. Leads to the first floor via a lift: the door has a clear opening of cm 90 and the cabin has a depth of cm 150. Next to each reading room there is a toilet reserved for disabled people. To access the, instead, the reading room of the Library Guy, located in the Palazzo Deli, next to Public Library, There is a flight of stairs with a stair lift that has overcome a platform cm wide 85 cm deep and 70. To access its accessible toilet must take another stairlift, measures the same as the one to enter the reading room. 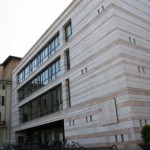