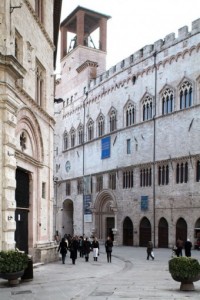 The National Gallery of Umbria is the museum `s richest and most comprehensive in the region. Its treasures range from paintings, on wood or canvas, the sculptures, wood or stone, the gold drapes and fabrics to craft. His birth is certifiable to the second half of the sixteenth century, When a tiny collection of artistic premises led to the founding of the Academy of Design, located at the Convent of the Olivetani in New Montemorcino; This collection is greatly increased by the suppression of religious orders and corporations, initially ordered by the Napoleonic regime, then by the newly created Kingdom of Italy in 1860. The amount of material collected and the amount you acted a new naming, to Art Gallery dedicated to Pietro Vannucci, and transfer to the third floor of the Palazzo dei Priori (1878). The collection was nationalized in 1918 and changed its name to Royal Gallery Vannucci, and still, for the quality and the importance of the works `, one of the richest of Italy. In the late eighties and the beginning of the nineties the Gallery underwent a major modernization and restoration surgery, that integrated perfectly with the architectural exhibition space; the path unfolds in 40 sale, for a total of about 4000 m, scroll through the eyes of the enchanted leaving visitors with a parade of works, including paintings, sculptures, pottery, textiles and goldsmiths, documenting seven centuries of history and Italian culture, by artists such as Duccio, Gentile da Fabriano, Beato Angelico, Benozzo Gozzoli, Piero della Francesca, Pintoricchio, the Perugino, Orazio Gentileschi, Pietro da Cortona and other.

The building has elevators and entry and exit of a system of elevators within the exhibition. 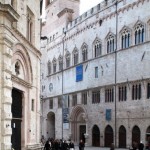 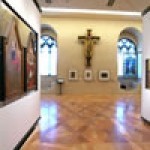 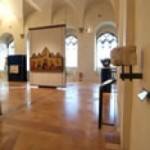 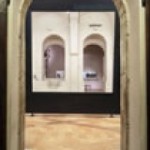 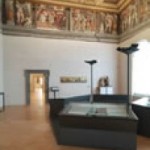