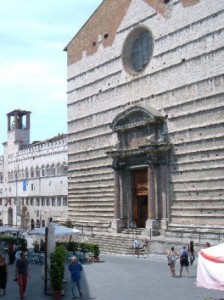 The cathedral borders, as a scenic backdrop, the north side of Piazza IV Novembre, with the powerful left flank resting on a `high stairs. The church is unfinished, despite the work for its construction have occupied more than six centuries. The first building was constructed in 969 in the space now occupied by the transect; in 1300 was started a recovery and reconstruction, under the supervision of Brother Bevignate, come to fruition only in the 1490. The church was solemnly consecrated in 1569. The main facade, rough and unfinished, juts out over Piazza Danti and it stands out for an elegant portal by Pietro Carattoli (1729); The side wall has, down, a coating of white and pink stone in geometric designs, Gothic windows and a doorway of travertine, while a solemn shrine, up, with a crucifix of Polidoro Ciburri, honors `s uprising Perugia the troops of Pope Paul III during the “Out War” in 1540. To the left of the entrance there is a bronze statue of Julius III and right a precious pulpit with inlaid Cosmatesque. The interior broad, slender, Light is inspired by the “Hall Churches” Nordic, with three naves of the same height, and is richly decorated, stucco, coatings. Beautiful and justly famous is the Chapel of San Bernardino, in the first bay of the aisle, commissioned by the College of Merchandise 1515, host, among the many gems pictorial, the “Deposition” Federico Barocci, masterpiece of the late sixteenth century; mirror image of this is, on the left aisle, The chapel dedicated to St. Joseph, this part “Sacred Ring”, the relic preserved in it `s wedding ring of the Virgin Mary, by Bernardino, and James Matthew. Of great value also the `apse, which boasts a magnificent wooden choir inlaid by Giuliano da Majano and Domenico del Tasso (1486-1491). From the late Renaissance cloister leads to the Cathedral Museum, which runs in preparation 25 sale, on two floors, through the archaeological and architectural remains of the Etruscan-Roman and medieval periods. You can admire including illuminated manuscripts and Gospels antiphonaries, vestments and silverware, a faldistorio of the thirteenth century, and some valuable paintings: the altarpiece of Sant `Onofrio by Luca Signorelli, the “Pity” Bartolomeo Caporali, the triptych by Meo da Siena and the blade Pompeo Cocchi.

There are no data received on the accessibility of the structure, we will as soon as possible. We suggest, in any case, to use the contacts telephone services provided for any clarification. 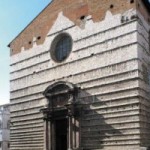 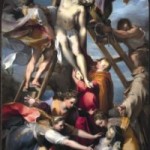 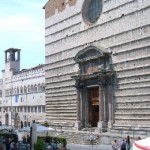