Art and monuments on Moat Vico 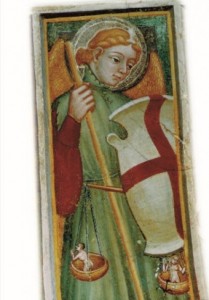 Path of the fortified "Wrinkles": defense system partially covered with stone arches to all sixth, arches, coverage sometimes planking. Branches inside the castle where the defenders of the city once protected. Being a paved path is wheelchair accessible.
Antiquarian Hall: documents and artifacts from Roman sites, Late Republican and Imperial. Housed in the former seat of the medieval town hall, there are steep steps for access, while for the former local jails there is a small step at the entrance.
Sanctuary of Our Lady of Ghea: dedicated to Our Lady of the Snows nave with a wooden roof. It is located in open countryside on the site of an ancient Roman settlement and is accessible in terms of road plan.
The Church of St. Sebastian, within which there is stored a pipe organ with bellows of the eighteenth century and some ropes on canvas paintings of the sixteenth, Seventeenth and eighteenth centuries, St. Peter's, abbey of the twelfth century, and San Benedetto, Benedictine Abbey of the thirteenth century architecture that is well preserved on the homonymous street just outside the walls, are located at street level entrance easier.
Church of Santa Maria Piagge, also called "The Piaggiola”, is a small building that is located within the village. It is a single room with a barrel vault from the well-preserved frescoes of the beginning of the fifteenth century 'Gubbio Ottaviano Nelli and his school, accessible with difficulty since there are a few steps, it is recommended that the accompanying.
Church of St. Christopher: Former Church – Camaldolese monastery built in the late thirteenth century. It is closed since being restructured.
As a matter of restructuring the Monastery of Santa Maria del Source, which is located within the walls of Moat of Vico. It is an ancient monastic building of the Benedictine nuns of the cloister built in the thirteenth century. In the future it will be accessible to disabled people as the project provides for the elimination of architectural barriers.
Immagini gentilmente concesse dal Servizio Turistico Associato IAT Gubbio e dal Comune di Fossato di Vico

The data on the accessibility of facilities are presented in detail in the description of the same. 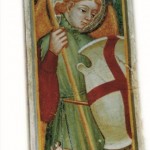 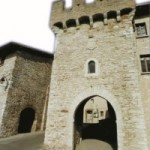 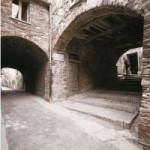 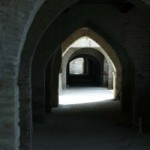