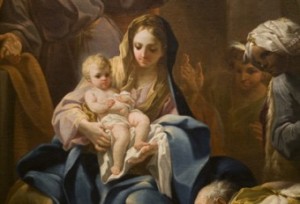 Opened in 1996, the Museum of Bevagna, constitutes the nucleus of an educational-cultural center that will affect the entire palace `Hare. The museum is divided into three sections: an archaeological section, with finds from the Archaic period, Republican and Imperial; represented by a documentary section and a medieval parchment documents pictorial section with paintings by Dono Doni, Corrado Giaquinto from Molfetta, di Joseph Esperlin, Andrea Camassei of Bevagna and Ascensidonio Splits, dating from the sixteenth and eighteenth centuries and from many churches in the city, and other local artists.

The Museum of Bevagna, prepared on the premises on the second floor of the eighteenth century Palazzo Lepri, already home town, was formed in the post-unification with the works of art from churches of the city and the territory, offering a wide testimony of artistic production and the local devotion. Value of the `Adoration of the Magi by Corrado Giaquinto, the Madonna and Child by Dono Doni and paintings of the artists and Bevagna Andrea Camassei Ascensidonio Spacca of which mention, respectively, The St. Charles Borromeo and Philip Blacks and the Fund with the miracles of the Blessed James. On the ground floor statues, Registration, coins and other significant archaeological finds complement the large collection eighteenth-century, walled up the stairs of the building, and document the importance of `` ancient Roman town.

You can use a single ticket that allows the access to the tourist circuit to visit the Museum, at the Municipal Theatre and the building of the Roman baths.

Site equipped with ramps, a lift with Braille keyboards and toilet facilities for disabled.