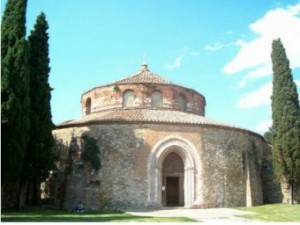 The early Christian church, otherwise known as the Temple of Saint Michael the Archangel, è un piccolo capolavoro architettonico che si offre alla visione su uno scorcio suggestivo, close to the original city wall and a raised position on the city. It is the oldest building of worship, dating from the late fifth or early sixth century, is circular in shape with prominent central raised and covered with a roof tent; the inner ring is circular roof visible and central drum, from which the external light rain, which is based on sixteen columns of different heights and material surmounted by Roman capitals of various types. The roof is supported by eight pillars ending in arches walled roof, added in the fourteenth century. To see the Crucifix Chapel and the Chapel of the Angel who keeps the Cippo Roman Marcus Aurelius. The altar is at the center of the church and is made from an ancient marble slab resting on a column.

No data were received on the accessibility of the building. 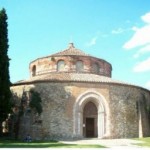 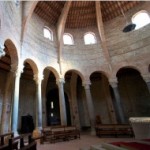 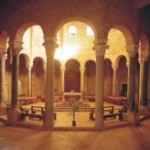 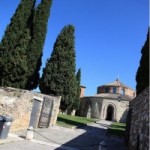