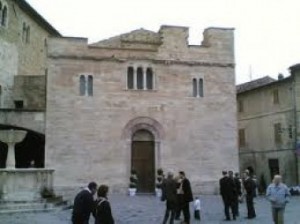 Purest example of Romanesque architecture Umbrian, the Church of San Silvestro, Binello built by the master who has left her engraved name and date of execution (1195) a plaque on the right of the entrance, has an unfinished facade at the top, portal with a beautiful travertine jambs, capitals with leaves smooth and round arch, crowned with vine leaves and grape trellises d'. In the middle stands a marble trifora, mullioned windows flanked by two twisted columns and a cornice with medieval sculptures depicting animals. The interior is divided into three aisles, the central one covered with a barrel vault; in the left aisle Gothic tombs can be seen in the two right a `shrine of the same style but with a fresco dating from the late sixteenth century. The chancel is raised and ends with a semicircular apse.

No data were received on the accessibility of the structure. 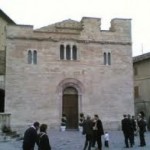 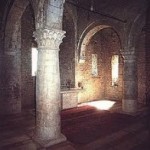